Blocked Rate blocks a route to particular Destinations. In Tariffs you are able to block a prefix (Destination) by setting "-1" or text "Blocked" instead of Price for chosen Destination.

Also it can help you if you want to forbid some Directions and Destinations for End Users by yourself.

Functionality works in the same way as Blocked Rates. In a result, you would see rate and also it will be blocked. 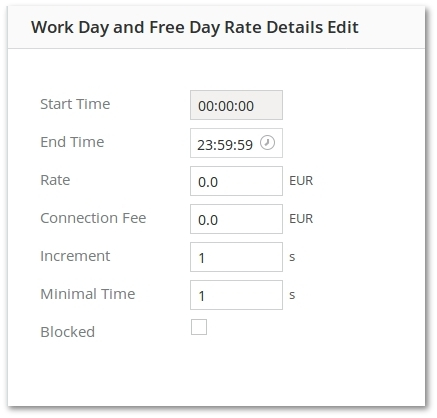 It is possible to block/unblock rates from CSV file.

Please check how to import rates from CSV In M2.
At second step of Import you can choose a column for blocked or unblocked rates. Column values can be: block, blocked, unblock, unblocked. 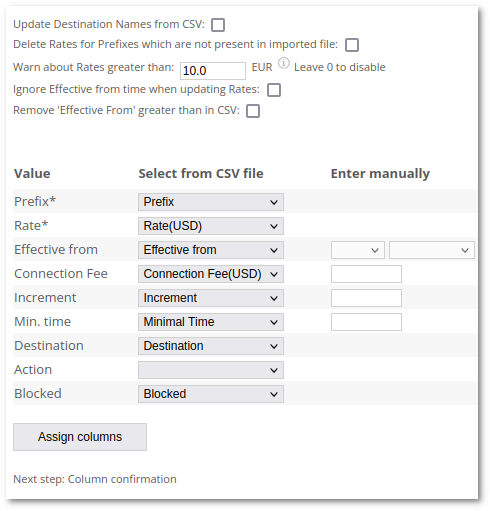